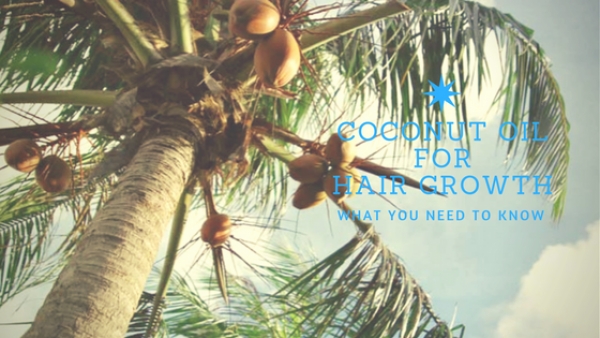 Coconut oil is one of the most nutrient-rich natural resources that does a lot of benefit to the human body. What makes it rather effective are the components found in it. Among it are the different types of fatty acids that are composed of antibacterial and antimicrobial capacities that enhances the body’s capacity to avoid damaging factors from the environment as it rebuilds particular elements that the body seems to be having a hard time producing especially if health is already compromised. This is why researchers have become more interested in coconut oil for hair growth.

One of the elements found in coconut oil is Lauric acid. This type of acid is usually present in breast milk which makes it rather exclusively important for a growing child. The reason behind this is that it supports hormone and cellular growth and development.

When applied to hair, it has been observed through research that Lauric Oil does so much more than build up the cell, instead it helps in preventing protein loss in the hair making it more bouncy, shinier and generally healthier in form and feel.

The human hair distinctively deals with several stressors every day. Somehow, synthetic hair products, both shampoos, and conditioners are becoming more stressing to hair growth and the overall health status of the human hair. Some resort to different hair oils to regain the natural luster of the hair but end up with nothing but dry and damaged strands after a long time of usage.

Several nourishing hair treatments designed to be done at home are expected to create a distinct effect on the hair’s features accordingly. However, coconut oil provides the hair with the support it needs in order to become much healthier as it grows stronger that not all of the said treatments could provide. The nourishment the coconut oil gives is simply natural and effective even within a short span time of use.

Like any other hair treatments, coconut oil used for better hair growth also has its pros and cons. Hence, there are some precautionary measures that must be considered.

One of which is that coconut oil application must be properly observed. Not too many and not too small; this concept suggests that when a very small amount of coconut oil is applied to the hair, it would likely result in nothing but added shreds of dandruff that could further damage the scalp and further increase hair problems in the long run. What does this invite then? Depending on the length of your hair, you should seek advice as to how much coconut oil it might need as a form of therapeutic treatment. On the other hand, if you use too much apart from the volume allowed in your hair, the results could become catastrophic. To some, the results include massive hair fall which is both frustrating and quite saddening.

It should also be remembered that not all hair types welcome the application of coconut oil as part of the treatment it needs for better form and better growth. Those who have fine to medium coarse hair may benefit well from what makes coconut oil a good treatment. Generally, the results are satisfying especially that coconut oil application improves the hair’s natural shine and luster. It also creates a much fuller body that gives the hair quite a distinct character.

However, for those who have a coarse and dry type of hair, the results of using coconut oil may not be as positive as that of the latter. Since these types of hair do not necessary struggle with low protein, applying coconut oil may result in coarser hair, making it more brittle and easily broken.

Also, it should be important to consider whether or not the user has an allergy towards coconut-based products. There had been cases when the use of coconut oil in hair resulted in scalp damage and other skin irritations simply because the user was not informed that he has some allergies with particular substances found in coconut oil. Hence, given this consideration, it is important to know first-hand about the condition of the individual and if he is permitted to use coconut oil for hair treatment such as hair growth.

Coconut oil can be considered as an added ingredient to other options of hair treatments. Depending on the makeup of the hair, the type, and its health condition, hair experts may suggest particular ingredients be mixed along with coconut oil to complete the hair treatment regimen especially if hair growth is the targeted result.

Based on experience and reviews, the best partners of coconut oil are olive oil, argan oil or marula oil. All these oils have vital substances that further enrich coconut oil’s effect on the hair. Other important ingredients noted to have a great impact on improving coconut oil effects on the hair include honey and yogurt. These treatments are however considered to be more extensive and well directed especially that it engages the user to longer times of preparation and application of the mixture in the hair.

If you are in search of a treatment that could help grow your hair back, then perhaps it would be best to get an expert’s advice on the matter. Doing so shall save you from all the troubles relatively connected to wrong applications or wrong mixture of the coconut oil treatment that your hair ought to receive.

Just to add, there is more to coconut oil hair treatment that could be taken into account. If you are using naturally prepared coconut oil, perhaps it would be a more beneficial option to prepare the coconut for eating. There is no better way of absorbing the nutrients of the fruit other than eating it and benefiting well from the nutrients it provides. True, the wonderful effect of coconut oil could be better realized when it is used with full control and recognition of rules accounted for its better form of application through either internal or external approach.

What Is The Best Turmeric C…

What Is Coconut Oil Benefit…

How to Detox Your Body Natu…

The Miracles of Green Jasmi…

The Best Green Tea Brand In…